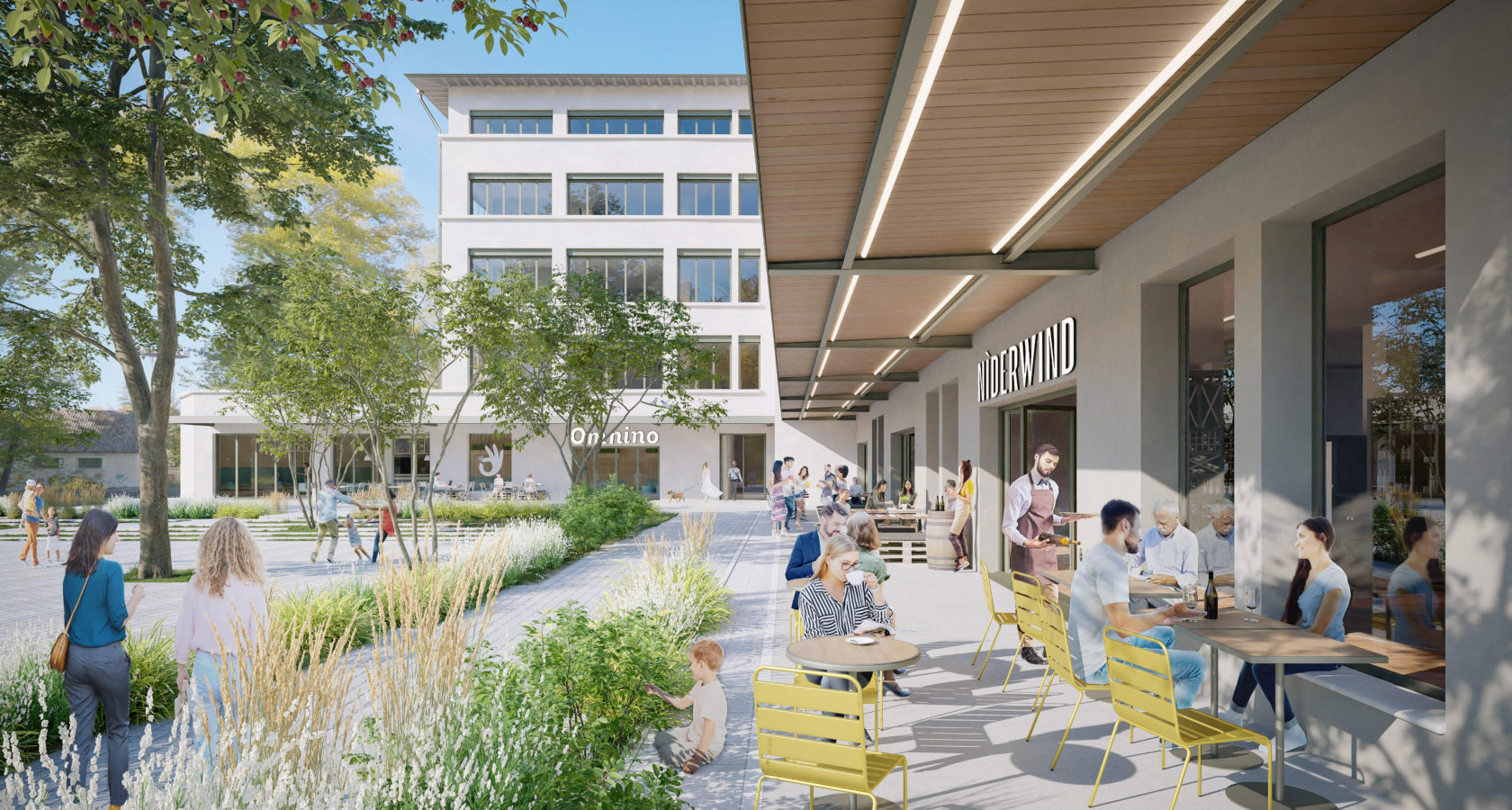 Setting up in business in one of the Citadelle, Starlette, Coop or Rives et Port du Rhin districts means opting for a symbol of the Eurometropolis, close to Germany, and connected by tram to the regional train stations of Strasbourg and Kehl-am-Rhein. It also means choosing an innovative environment, where entrepreneurial initiatives and partnerships abound.

The Deux-Rives is one of 9 sites of metropolitan interest singled out in the Pact for a Sustainable Local Economy.

These are sites that are deemed particularly welcoming for businesses, offering them support and skills development assistance, as well as having an influence in Europe and beyond.

The development of the new districts contributes to the dynamism of existing businesses. Cafés Sati, established in the port since 1955, are doubling their production and storage capacity and opening new offices in the Citadelle district, whereas the Autonomous Port of Strasbourg is setting up its new headquarters in the rue du Port du Rhin, a stone’s throw from the Coop. The building stands for the interconnection between the city of Strasbourg and the port and the commitment of economic operators to the dynamism of the new districts.

Activities in the plural

With more than 35 % of the area devoted to socio-cultural and economic activities and the creation of 5000 new jobs through an approach to urban programming that reflects a deliberate mix, each district offers a distinctive work environment. Situated on the waterfront, it benefits from all the services on offer in a lively city: transport, local shops, restaurants and cafés around the Coop and close to tramstops, etc. Diversity is key, on the one hand because the space is shared between local residents and employees, and on the other hand because all kinds of jobs and all kinds of business premises exist side by side.

A good example of the commercial premises/housing mix is the Quai Starlette project, where 20 000m² of office space and 200 diversified dwellings are arranged around the centre of a vegetalised cluster of buildings and along the waterfront. The Coop is also a mixed district where all city uses are interwoven, full of potential.

The Coop is the beating heart of the urban project’s economic fabric, a place for inspiration, innovation, skills transfer, and exchange. Since 2014, the site has been brought back to life by festivals and other events. Artists and craftspeople, actively partaking in the social and solidarity-based economy, have already moved into their workshops, setting the tone of the place, and re-inventing the legacy of the famous COOP Alsace which occupied the site for over a century.

In the Administration, the historic building of the rehabilitated Coop, 6 000 m² of commercial space of atypical size will exist alongside homes, workshops, and lofts for sale unfinished. At the base, a genuine ecosystem is formed around the Kaléidoscoop, the focal point of the social, solidarity-based economy. Open to all, this 2800 m² third place encourages cooperation between project leaders, promotes social and environmental innovation and, in conjunction with the Maison de l’Emploi, offers training, project leadership support, events and office spaces, a co-working and solidarity trading space.

The Virgule offers a space for cultural associations, a place where artists and craftspeople can set up their workshops, and conducive to the emergence of innovative manfacturing spaces, such as protyping workshops and a fablab, along with shared offices, third places or co-working spaces. The Union Sociale is given a new lease of life as the Strasbourg Museums conservation centre, whereas the vast Cave à Vins houses events spaces and workshops as well as a large tasting hall. Offices are even built by self-redevelopment in the rue du Port du Rhin. All in all, some 50 000m² of commercial space will be established at the Coop, most of it given over to the creative and collaborative economy.

New higher education establishments will be opening their doors in the new districts:

Starlette will be home to a catering college run by the Vatel group, world player in hotel management education. With capacity of 700 students, the 3 000 m² campus, including classrooms, a student residence, café, and teaching restaurant will be a fully international establishment with classes taught in French, English and German.

In the heart of the Coop district, the Kaléidoscoop offers new tools and programmes for developing lifelong-learning skills and in-service training. The Maison de l’Emploi and the Second Chance school in Kehl-am-Rhein are on hand to help anyone already in employment who is seeking new career prospects, or a new job, including across the Rhine.

All the districts benefit from being close to Strasbourg University, a mere 10 minutes by bike via the new bridge at the northern tip of the Citadelle district.

All articles about the project factory