The Deux-Rives/Zwei-Ufer project is a sign of how open Strasbourg is to the Rhine, to Germany and to the rest of Europe.

It illustrates the desire of the City to use its transborder situation to create a continuous urban space commensurate with the strengthening of Franco-German relations and Strasbourg’s claim to being the capital of Europe. Site of France’s 2nd largest river port and with its atypical industrial port heritage, Strasbourg is also a city-port.

The extension of the tram network towards the German town of Kehl and the development of the four new districts, Citadelle, Starlette, Coop et Rives & Port du Rhin mark the latest phase in this major urban project. 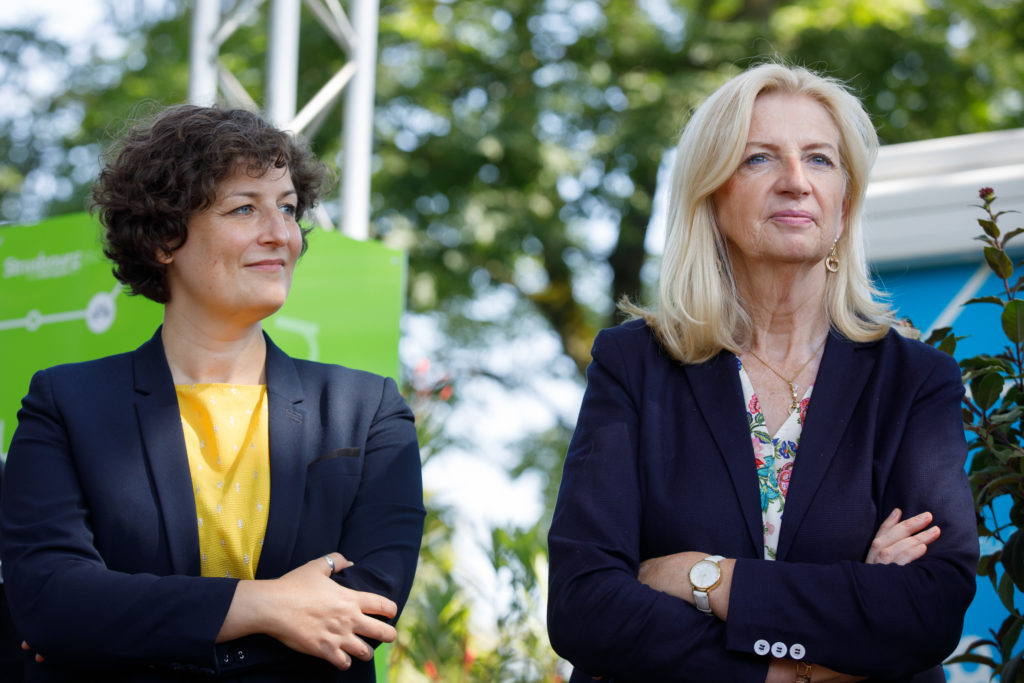 Read the editorial on the French version of this page ! →

Background to the project

Urban strategies over the years

To understand the latest phase of the major Deux-Rives project we also need to discover the project background and geography, and how the project slots into the surrounding context and environment. It is important to understand the innovative method applied to the project, with its changing guide-strategies appealing to the collective intelligence and adapting themselves in light of subsequent proposals and feedback.

Site of the project within Strasbourg

Urban strategies over the years

A pioneer right from the beginning, at the end of the 1990s, the Deux-Rives project is a reaction to urban sprawl where building development spreads beyond the city walls and gradually swallows up natural greenspaces and farmland. Prior to carrying out a study of its West-East axis, the City of Strasbourg had identified three main goals it wished to achieve, namely to:

– heal old wounds, by re-opening Strasbourg to the Rhine, previously a no man’s land, soon to be a linking feature and home port.

– speed up the ecological transition, thus consolidating the foundations for a resilient and united city, by carrying out a wide range of actions in different fields (energy, transport, housing, materials, public services and facilities, biodiversity, greening, etc.).

The Deux-Rives project re-creates a continuous urban link with Germany, symbolising the vocation of the Eurometropolis. The 4 project districts also mean Strasbourg, as France’s 2nd largest inland port, is able to re-discover the Rhine and its impressive landscapes on a daily basis.

Architectural and urban grammar is contextual, historically and geographically rooted. It takes account of:

– the historical heritage, by engaging with the traditional Alsatian architecture and industrial port heritage for the choice of materials and size of new builds,

– the Rhine landscape, given that each district is a former island of the Rhine, before the river was tamed with its channels and basins,

– the intangible heritage of the site, and in particular the Coop, by re-interpreting the values of solidarity and sharing underpinning the former Coop Alsace, inspiring a genuine cooperative spirit in the City.

Revolution in the method

The 1st Master Plan was adopted back in 2012. The work of landscape artist Alfred Peter and urban developer Bernard Reichen, it proposed opening up the juxtaposed urban sites to re-create a continuous city centre extending all the way Germany. The initial plan included the route drawn for Line D of the tram network in anticipation of future urban development. This was already a mini-revolution in terms of the method and ambitions, insofar as new transport infrastructure is usually the last phase of such building projects.  In the case of Strasbourg, however, the tram network performs a structuring role, easing pressure in the Port du Rhin area and ensuring that, as soon as they move in, the residents of the new districts have access to a good alternative to their cars in the form of a quick and reliable tram line. The ecological transition and an increase in transport by bike – complementing public transport – are key features of the entire project.

In 2016, two agencies extended the initial project with the SPL Deux-Rives, a publicly-owned local development corporation. Henri Bava (Agence TER with LIST and 51n4E), for the whole sector covered by the project, and Alexandre Chemetoff & Co, for the Coop district, delivered their “guide-plans”, setting out the framework for urban development and programming, but in a non-static way that allowed the project to evolve in response to the contributions and feedback received.  Once again the method stands out for enabling adjustments to be made throughout the different project phases.

The principle is one of iteration: the project is constructed and enriched over time thanks to successive additions and achievements. It is a living project, one which can be adapted and improved thanks to a genuine co-constructionist approach. Project owner and manager, elected representatives, current and future inhabitants and workers, local residents, and associations are involved at every turn of the project process and on both sides of the border. Thus the latest phase in the Deux-Rives/Zwei-Ufer project is the fruit of an active, evolutive co-production – a real asset for a resilient city capable of adapting to not only present conditions and lifestyles but also those to come.

Why build, how, and with whom? How to reconcile city and nature? Why reduce the distance between where people live and where they work? How can citizens be involved in their future living environment? The new project is about re-thinking how to design the city so that traditional approaches can be left behind and plans adapted to suit the locality. Here we let you in on a few “manufacturing”  secrets.

All articles by the factory

All consultations and public procurement